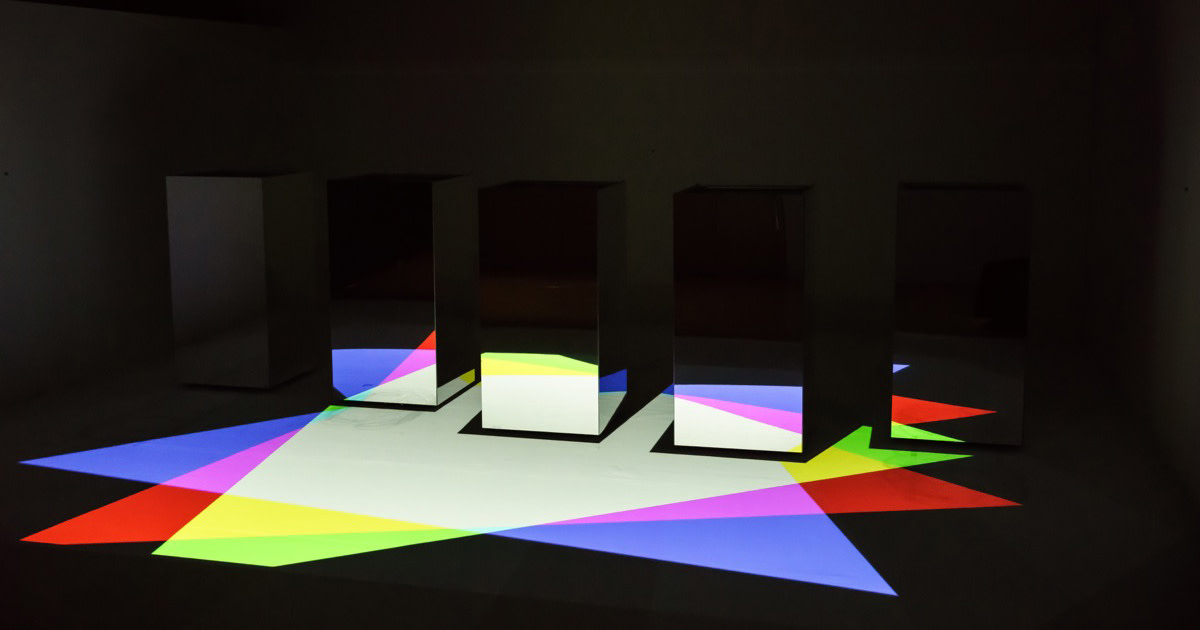 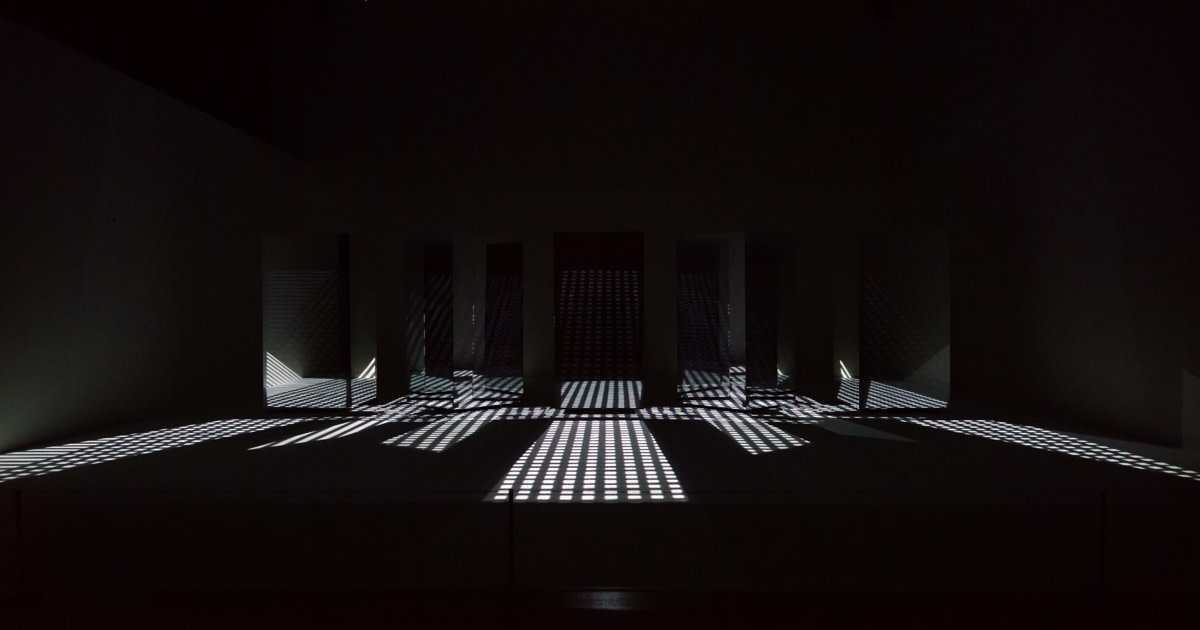 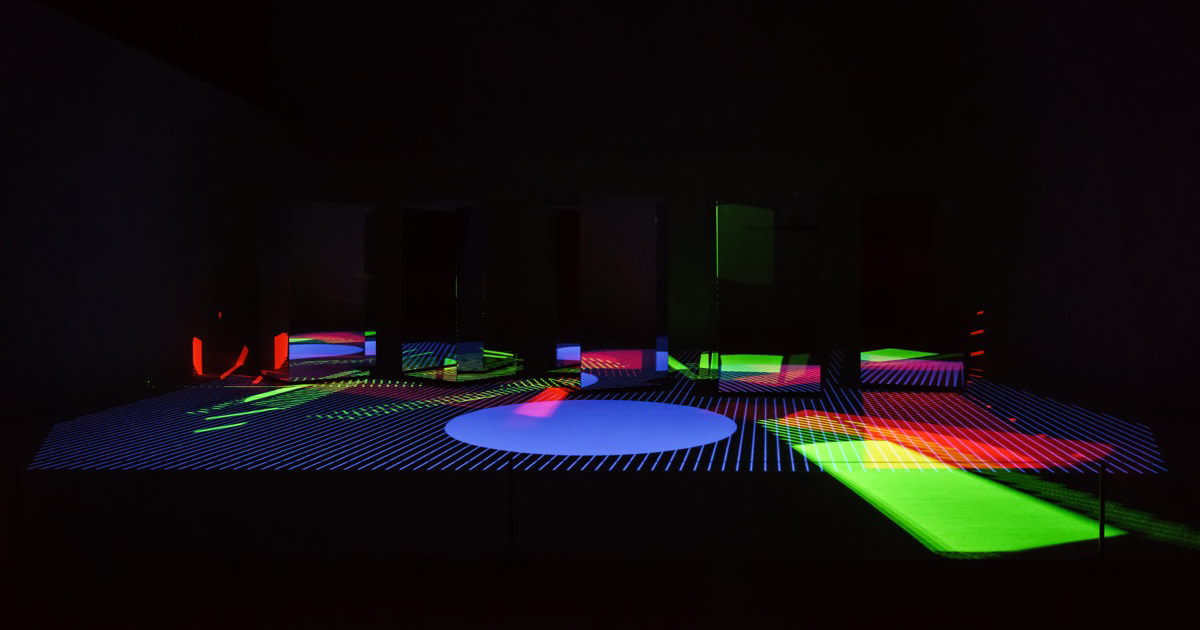 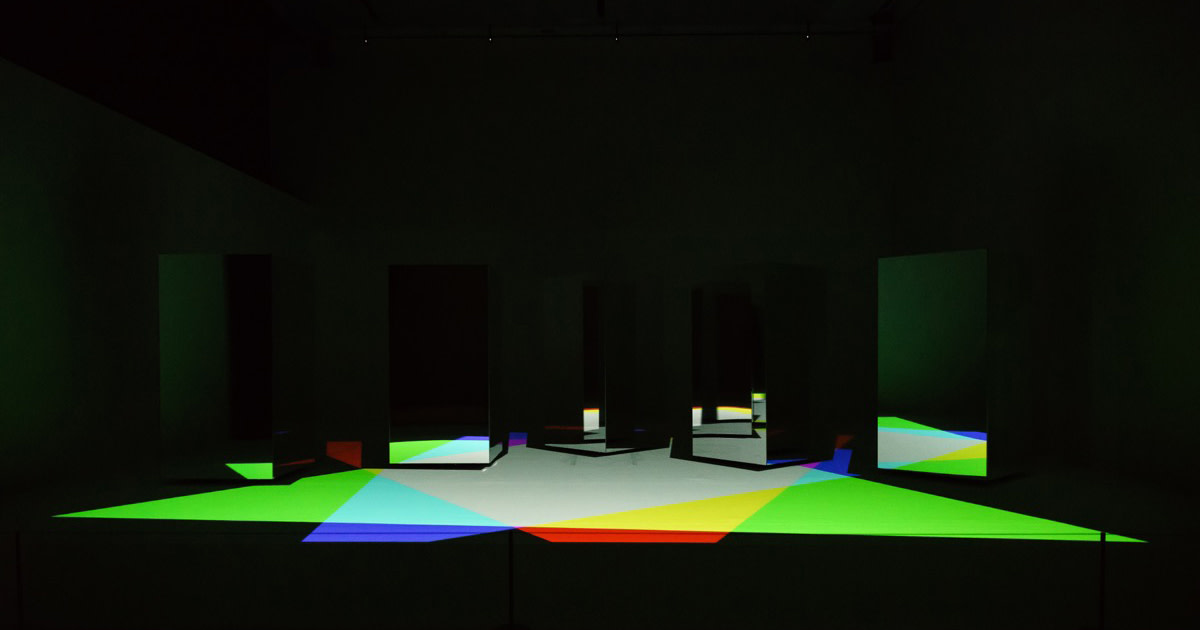 In this new work that was specially made for the exhibition “ART+COM / Rhizomatiks Research: Poetics / Structures of Light and Motion,” five tall, entirely mirrored rectangular boxes on wheels move around in a space, controlled by way of radio and optical tracking technology. These five vehicles almost seem to be dancing as they go forward, turn, and move in sync.

Images are projected in parts directly onto the floor, and partly onto the mirrored sides of the vehicles, from where they are reflected onto the floor. Even though the vehicles continue to move and turn, and the angles and distances from which the projections hit the mirrors thus keep changing, the reflections on the floor constantly appear as correct images.

The central idea this work is based on is called anamorphosis, a technique of drawing distorted images that ultimately appear correctly only when looked at from one particular vantage point, which has been applied as early as in the 15th century. Particularly well-known are visual tricks in which supposedly flat images appear quasi-three-dimensional when seen from a certain perspective.

In their performances and other works, Rhizomatiks Research make video images appear as three-dimensional spaces in which objects seem to move, without using such techniques as images synthesis or head-mounted displays. This effect is achieved by combining video footage of a stage with computer-generated images “filmed” by a virtual camera from the same position. Those computer graphics are modified in real-time, and eventually appear three-dimensionally when combined with filmed images of visual displays set up on the actual stage.

In this work, motion capture cameras track the vehicles’ movements and detect the mirrors’ angles, based on which they calculate in real-time how images need to be distorted and projected onto each of the mirrored boxes in order to appear correctly when reflected. The RGB components of images projected onto the floor and those reflected and fractionalized by the mirrors are subsequently merged and layered, are structurally integrated according to the vehicles’ movements.