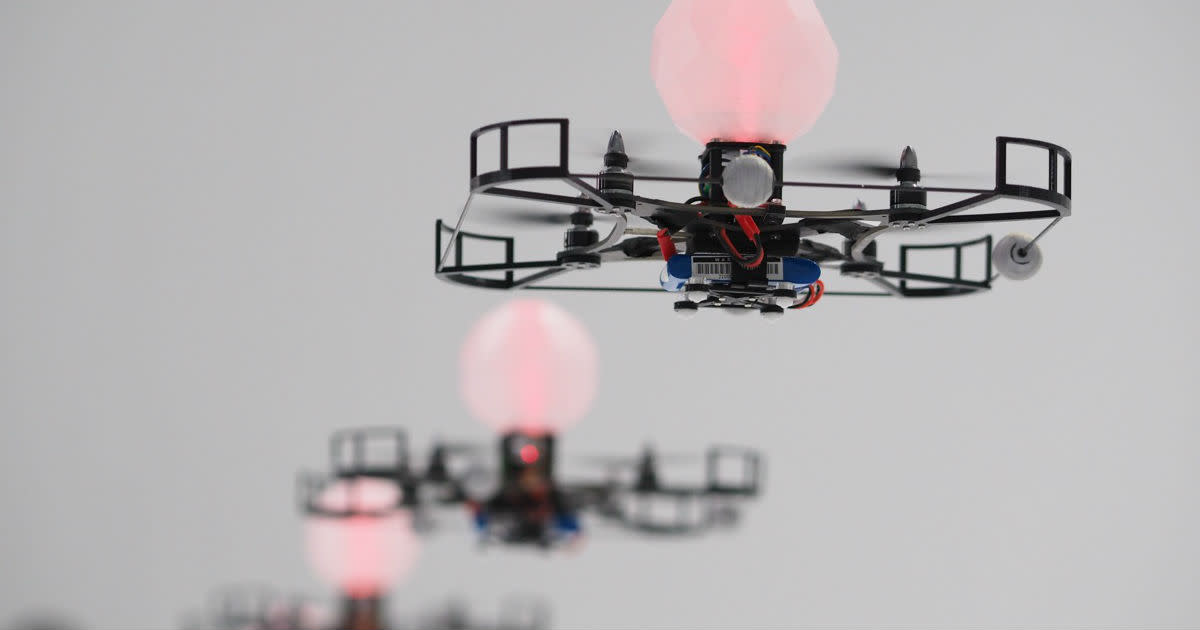 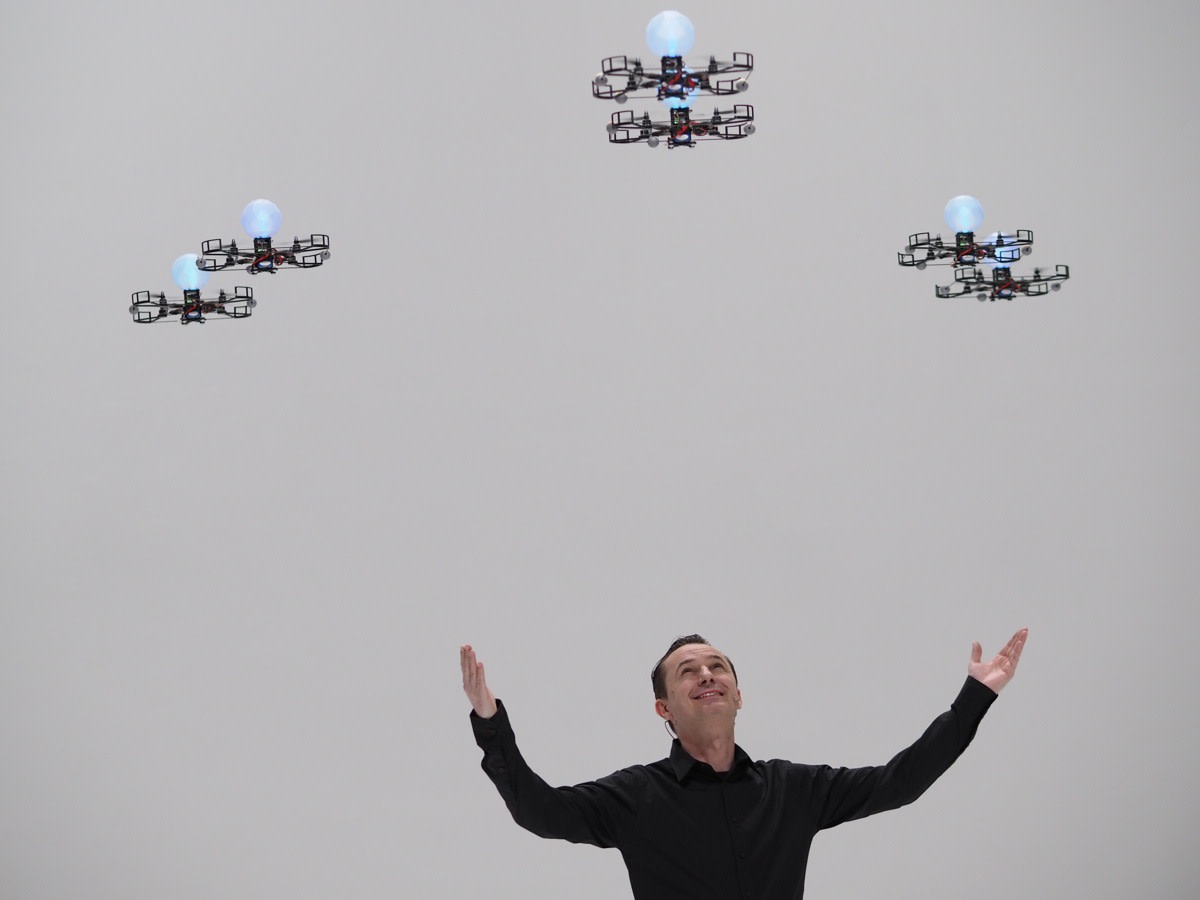 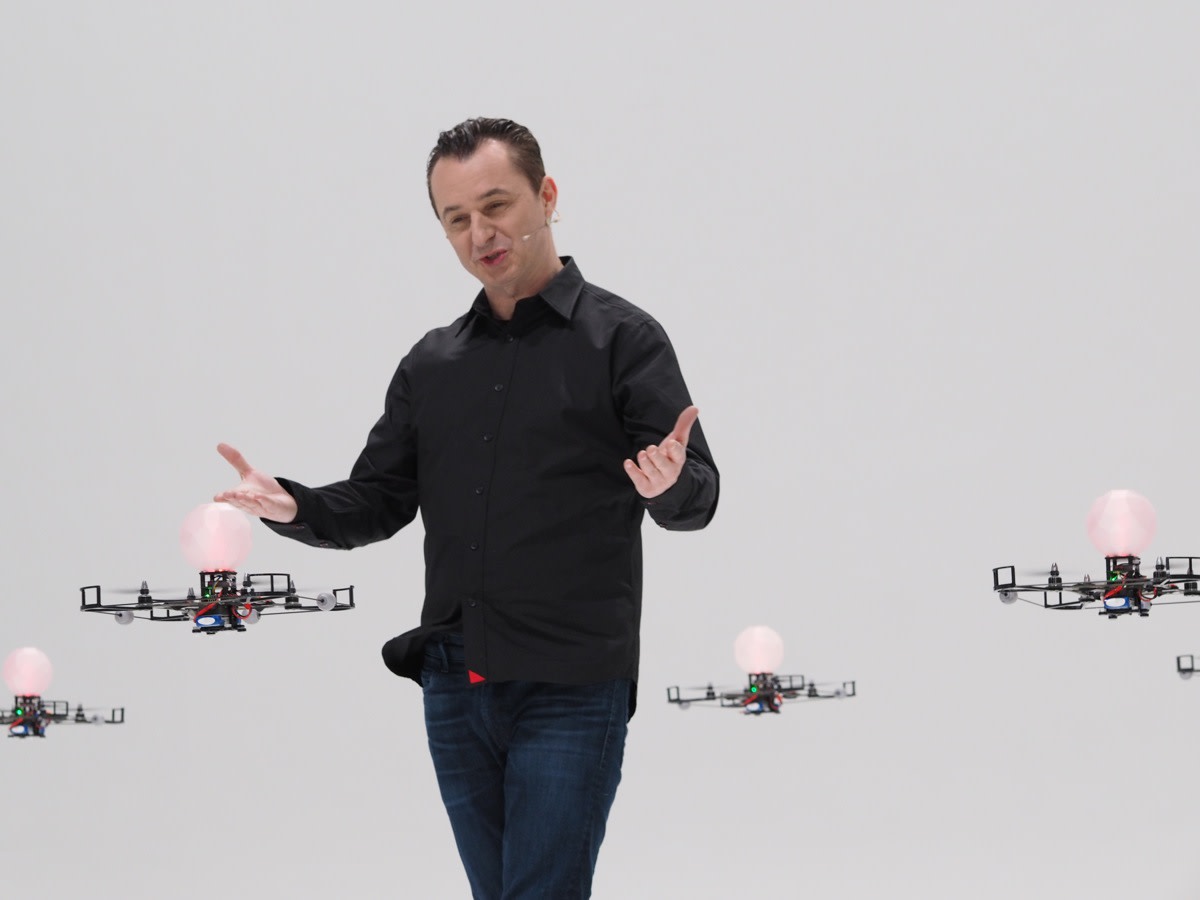 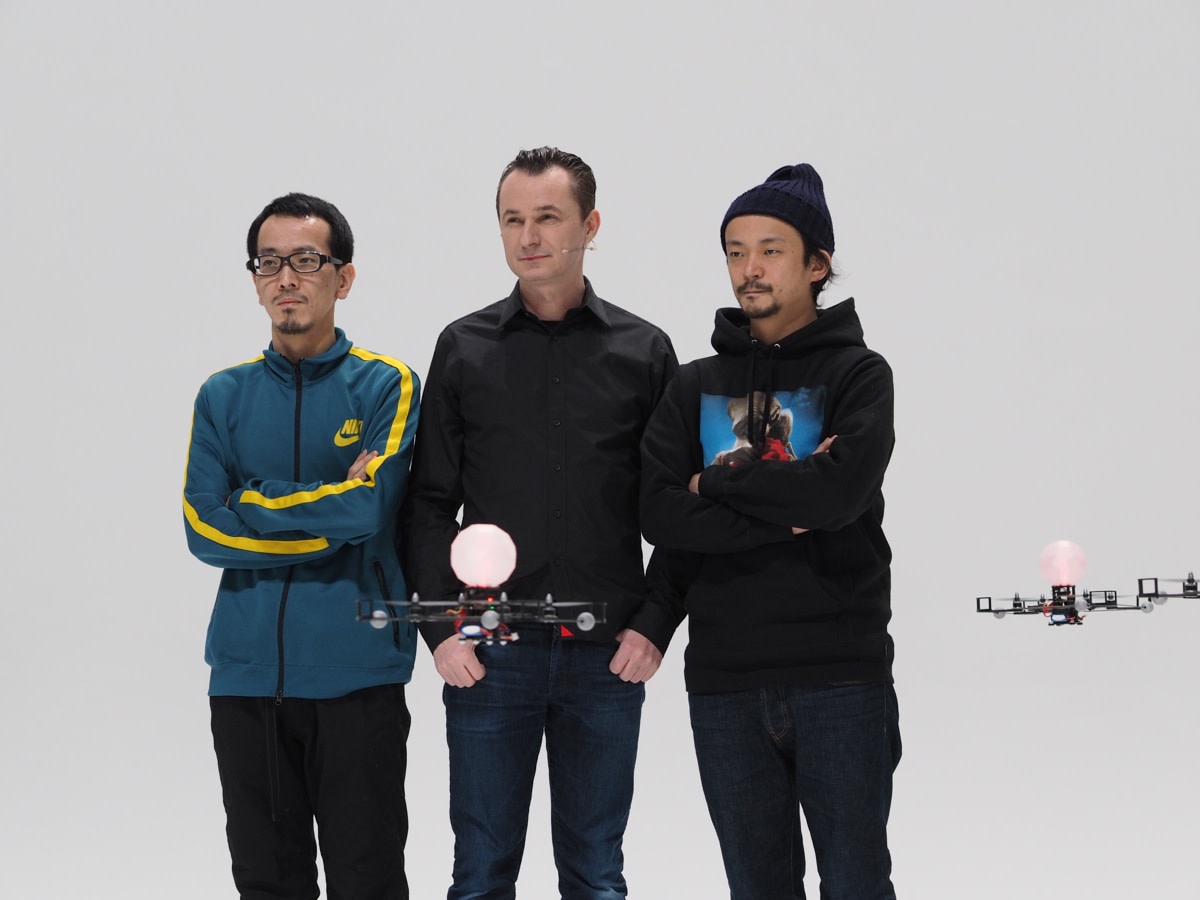 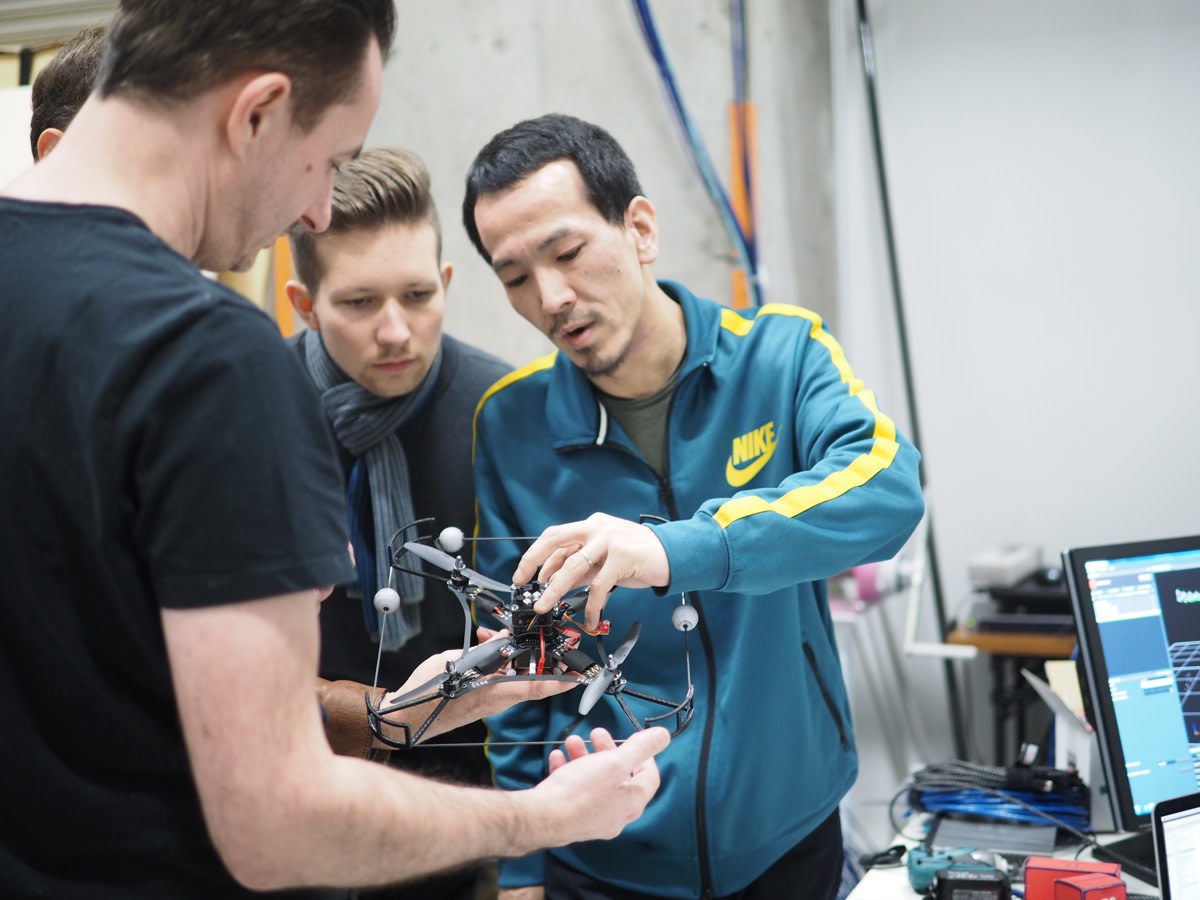 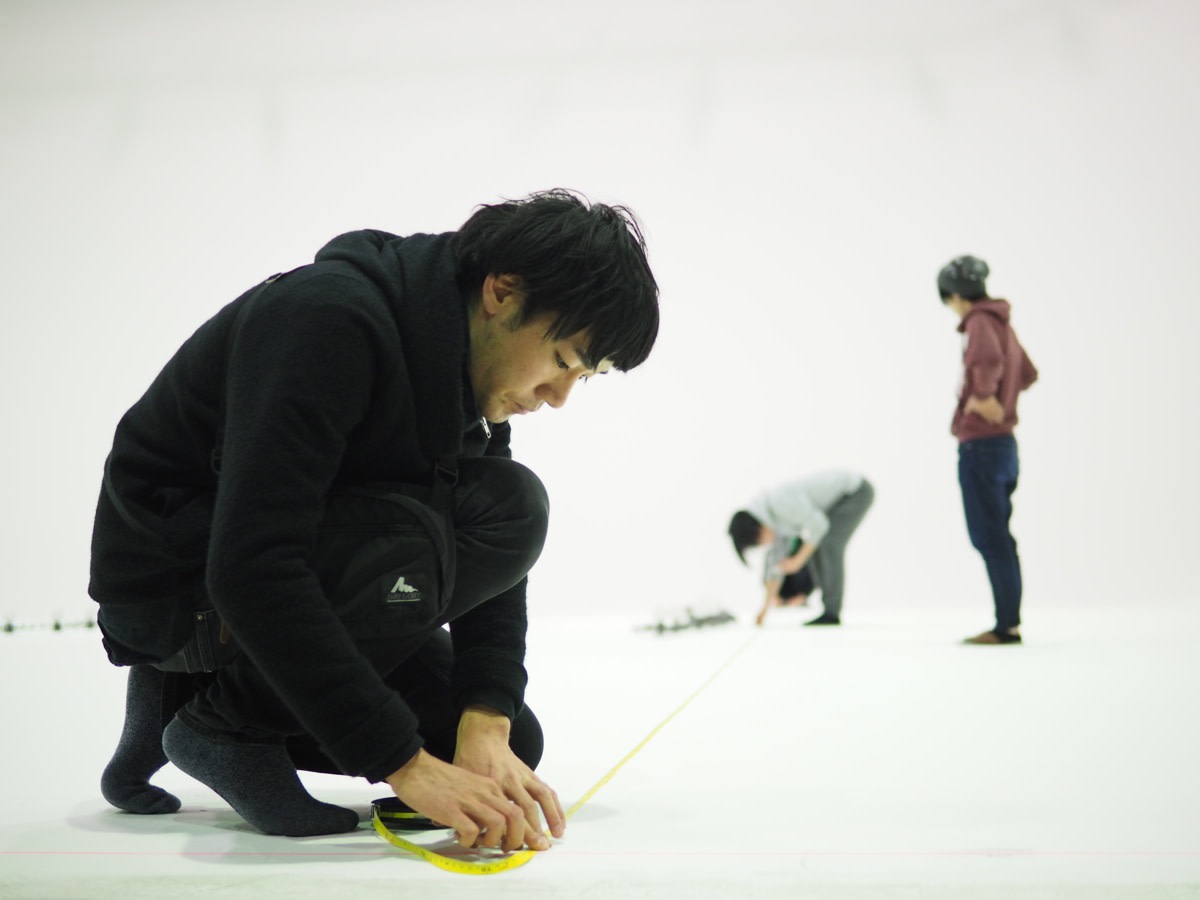 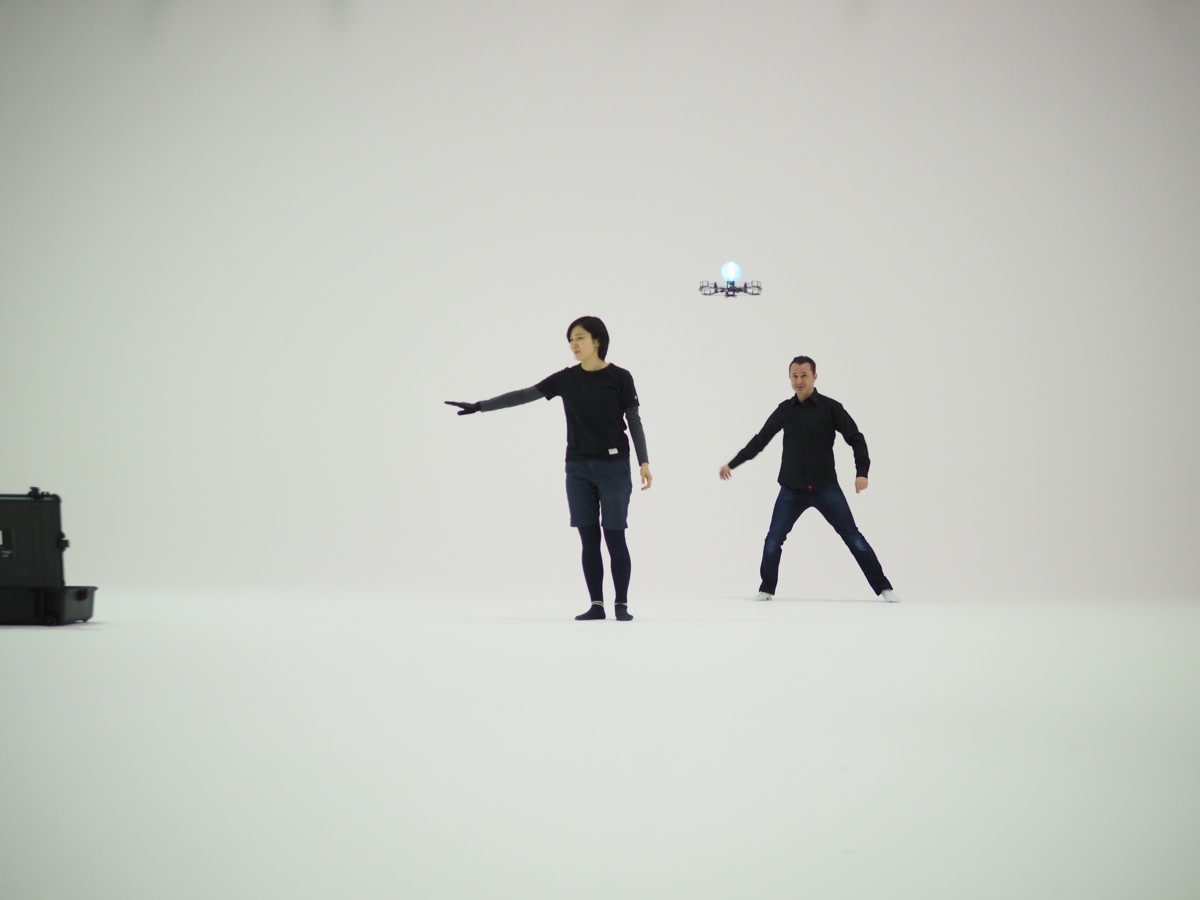 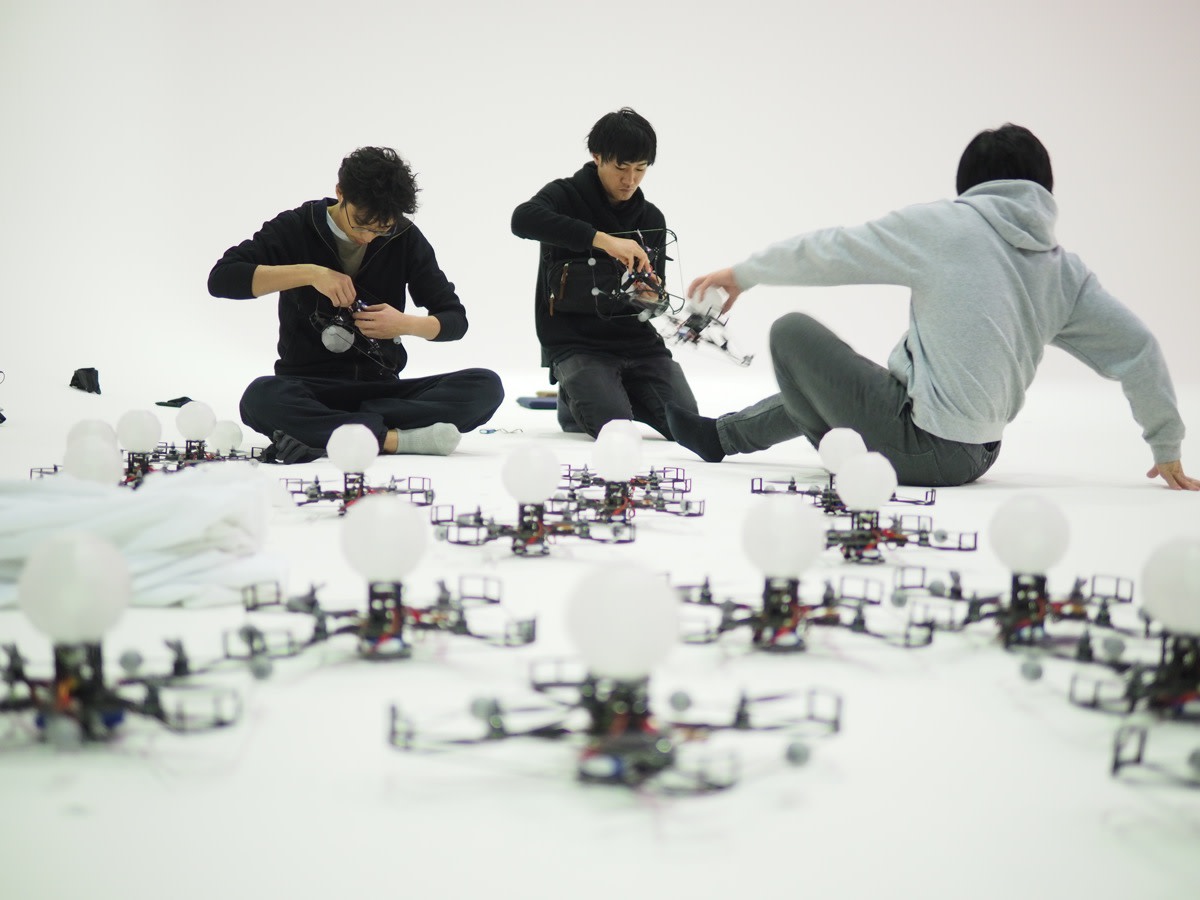 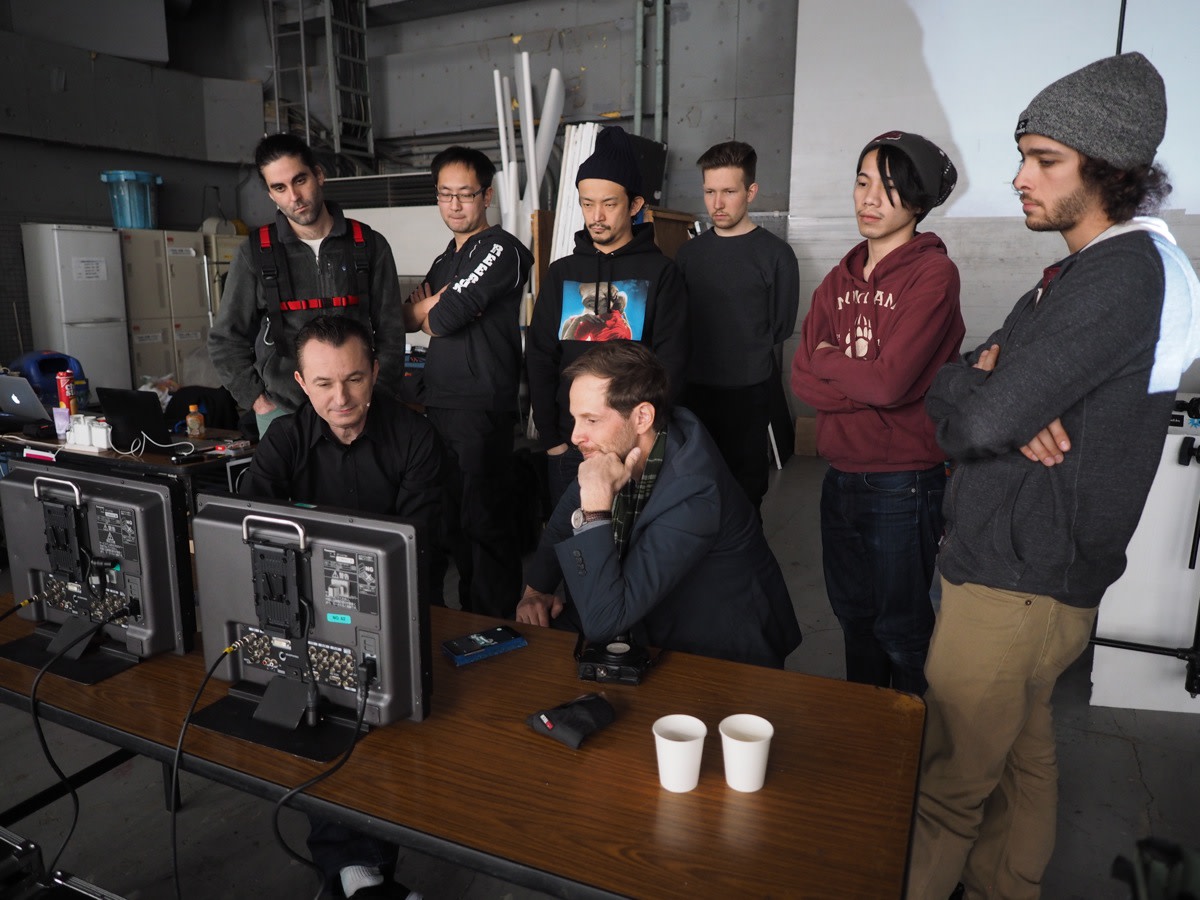 Rhizomatiks Research collaborated with NY based artist Marco Tempest to film a 24-drone performance piece. Marco is well-known for his innovative performances that blur the line between technology and magic. Marco travelled to Japan, where he worked in close collaboration with his prior contacts Motoi Ishibashi, Daito Manabe, and their team to create a performance film with elegant and safe drone flight on a scale more ambitious than anything previously seen on a global level. Under the command of a cutting-edge proprietary indoor localization and control system, the drones swarmed around the performer as if they were a flock of well-trained birds.