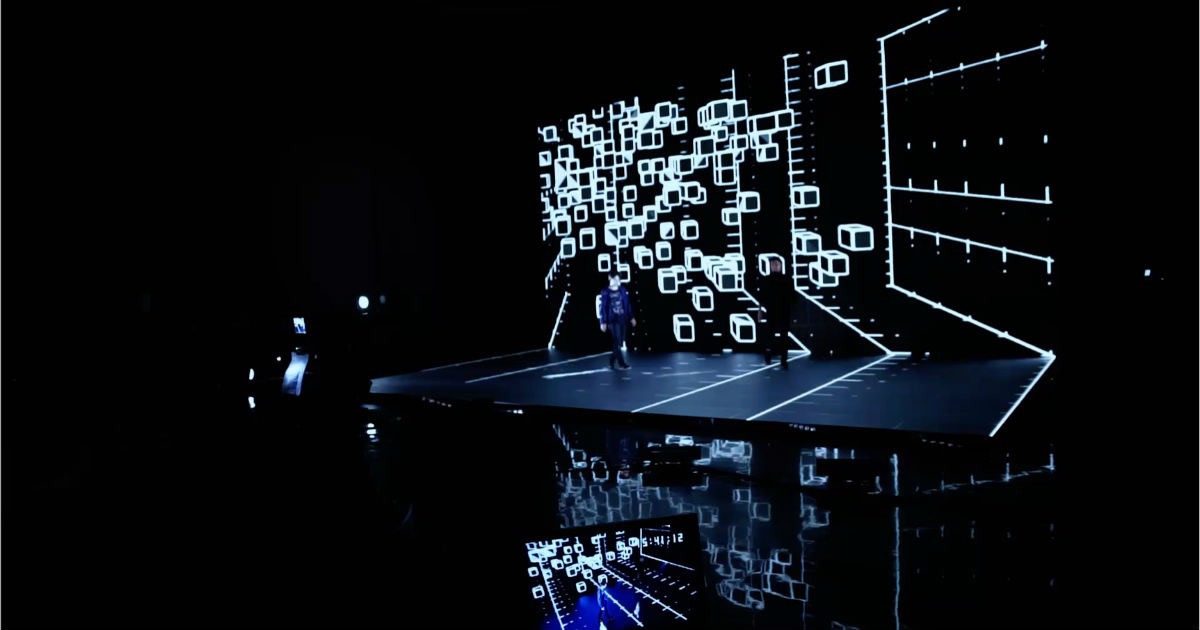 Displays are usually flat, but dynamic VR displays allow for the camera position to be tracked, and relative to the position of the eye, change 3D graphics in realtime to make it seem 3 dimensional. This makes it so that the flat display changes into a window to another space.

Connecting 4 cameras to a switcher. One crane camera was equipped with a marker for tracking with a motion camera system. The rest of the 3 cameras were put on tripods to stabilize. All cameras were calibrated with the LED screens on the floor and the wall, so as to make the LED visuals three dimensional when looking through the camera. We also created a switching console by using a MIDI controller. By using this console, camera and LED screen visual synchronized switching was realized, creating a system that allowed for switching of the camera without breaking the three dimensional looking visuals. By putting a KinectV2 on both front and back of the stage, realtime 3D scans were used to make a mirror-like effect that reflected on the screen.